I have always wondered if there is a difference in the views between women business owners and managers and their male counterparts. As women have held a caring role in society over the ages, does this transfer sustainability in the boardroom?

My research to date – manufacturing is male dominated

Most of my research to date, has involved interaction with mostly male owners & managers of manufacturing SMEs. Although many of them do not have a life-long wish to become eco-warriors, much of their operations have applied many eco-efficient practices. When I interviewed male owner-mangers on their practices, they all reduced their impact on the environment, as a matter of good business practices – because it make business sense to do so – it saves them money.  So far, the one female owner-manager that I have interviewed has stated upfront, a desire to be greener.

As my limited experience cannot draw any real conclusions, I looked at some published research on the issue.

Gender and Sustainability – it’s not that simple

I realise that the issue of gender and sustainability worldwide is not that simple. Some research seems to blame resource depletion on women through the ages, e.g. women playing a major role on deforestation, because it has been their role to collect firewood & cook food.  Then there is the issue of gender equality and female empowerment etc. My question was not that simple, and I don’t really know enough about it. It will be future work I think! 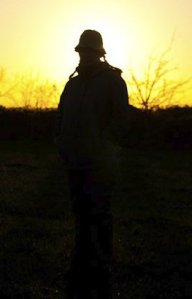 10 most influential women on environmental issues

I did find a blog post on ecopolitology  about 10 women who have positively  influenced environmental change through the ages. I must admit that I had not heard of most of them (especially the earlier ones)

Going clockwise, starting from top left, these women are:

She won the Nobel Peace Price in 2004 (the first woman ever), and is a women’s rights and environmental activist. She founded the Green Belt Movement, which plants trees to help disadvantaged areas in poverty.

Promoted people centred cities. Her book The Death and Life of Great American Cities has a profound effect on urban planning.

A suffergete from Florida whose book ‘Everglades: River of Grass‘  started to the conversation and more importantly the conservation movement about South Florida’s wetlands.

She fought to ‘Green the Ghetto’. Initially spurred on by concern over a waste facility, she founded Sustainable South Bronx.

Julia stared with an epic 738 day tree sit-in, which helped save Luna – a 1500 year old tree from being cut down. She now shares her knowledge of community organisations  and travels the world with the Circle of Life.

Goodall studied chimpanzees in Africa for many years, and became a world expert on the subject. She also helped people understand that wildlife conservation is important to life on the planet in general .

She was famous discovering that her local community, Love Canal, which was on a toxic dumping site, which resulted in hundreds of families being relocated. I think I remember watching a film about her in the 80s.

Founder of Navdanya biodiversity conservation program, is active in the area of food safety,  rights and sustainability.

Her book in 1962, Silent Spring, highlighted the danger of pesticides to a wide audience, and in particular campaigned about DDT.

She came up with the term Craftivism, which is a term to describe activism-inspired crafts. She wrote Knitting for Good  and has inspired people to use craft to make a difference.

One of my heroes-Annie Leonard

One of my own, more recent heroes is Annie Leonard. She has made it her life’s goal to change the world for good. More importantly, she is making the issue understandable by everyone through animation. Check out her Story of Stuff Series.

What do you think?

Others books that come to mind are Enough is Plenty from Ann Ryan, and Limits to Growth from Donella Meadows.

Have any women influenced you? Famous or not? Comment below, I would love to hear about them.

2 thoughts on “Sustainability and Women”